Getting those big, wet flakes.  I notice the temp is hovering right near freezing, just slightly below.  That's when you get the big sloppy snows, the ones that weigh a ton when you have to shovel.

I don't relish the idea of having to shovel, at that.  I swept off the front steps a couple hours back, but now you'd never guess.  Luckily, my sister insisted I let my neighbor, Mark, do the snowblowing, since he has some he needs to clear anyway.  I still get kind of a kick running that big, noisy beast.  Blowing snow out of the driveway seems like a Man's Job.  When we were kids up in Duluth Heights, we kids had to shovel -- Dad was the one who actually got to run the snowblower.

And I got to shovel.

I spent several years living in various other states, Florida (no snow), New Mexico (much less snow), and southern Michigan (a little less snow, mostly).  And I was a renter down there, so I usually didn't have to do any shovelling.  That's what landlords are for.

Then I got back here.  Imagine my joy.

And I'd say this definitely looks like it'll produce some serious shovelling. 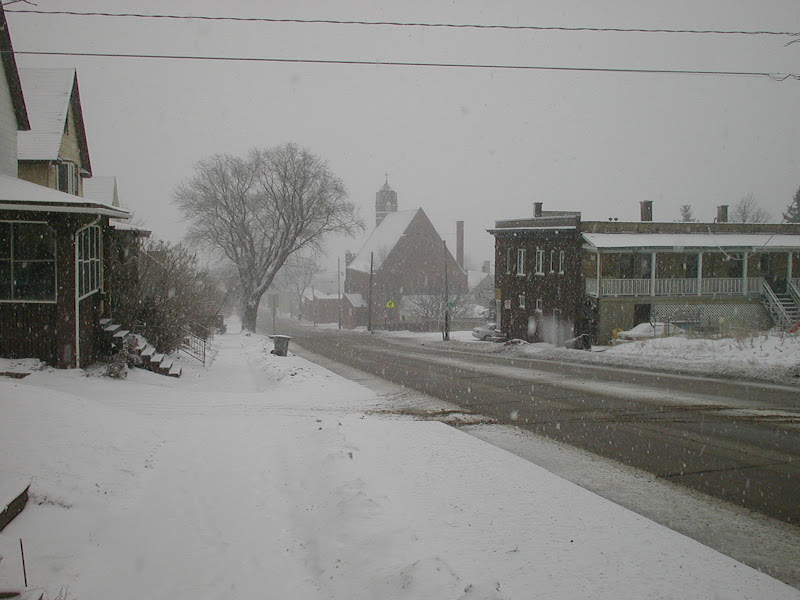